Get fresh music recommendations delivered to your inbox every Friday.
We've updated our Terms of Use. You can review the changes here.

And Here We Are, a shadow puppet opera

by Matthew Welch and Daniel Neer 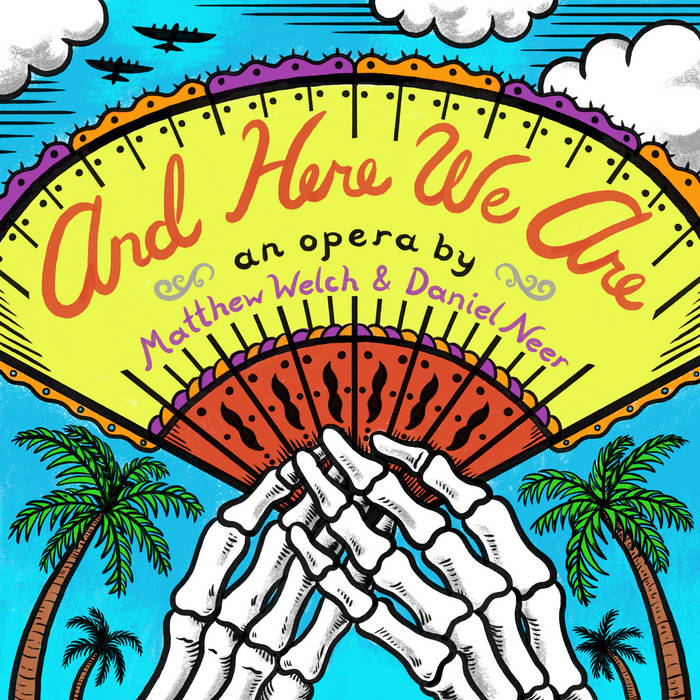 AND HERE WE ARE
(A Shadow Puppet Opera)

Kotekan Records is thrilled to house AND HERE WE ARE, a new opera from Matthew Welch and librettist/singer Daniel Neer. A timeless story of isolation, AND HERE WE ARE is based on the true memoir by Matthew’s great-uncle, a prisoner of the WWII Santo Tomas Internment Camp in Manila.

MATTHEW WELCH is a composer of innovative opera and genre-resisting concert music. Named one of “14 artists changing the future of opera,” by Huffington Post, and regarded as “a composer possessed of both rich imagination and the skill to bring his fancies to life” (Time Out NYC), Matthew’s musical adventures and collaborative spirit have brought him to work with some of today’s most noted musical personalities: Anthony Braxton, Martin Bresnick, Aaron Jay Kernis, David Lang, Alvin Lucier, Ikue Mori, Zeena Parkins, Julia Wolfe, and John Zorn. Mixing his backgrounds in bagpipes, gamelan, experimental, classical, rock and improvised music, Welch’s compositional sound is worldly and eclectic in material, yet personal and seamless in style.

Praised by the New York Times as “exquisitely ethereal” and “border-busting; catchy,” Matthew’s music has been performed in the US, Canada, South America, Europe and Asia. Matthew holds degrees in Music Composition from Yale, Wesleyan and Simon Fraser Universities, and as a bagpiper, he has won three World Pipe Band Championship titles. His ensemble, Blarvuster, has been based in New York City since 2002. Welch co-founded Experiments in Opera in 2011.

JEANETTE OI-SUK YEW is a theatre designer for theatre, opera, dance, music performances and installation. As a designer she aims to create a visual environment that is organically integrated into the landscape and language of the production. Her designs were described as “clever” and “inventive” (NY Times) and that it “contains the vibrant richness of a Caravaggio painted in neon”.


THIS MUSICAL WORK AND ALBUM IS DEDICATED TO:
KATHERINE KNEEDLER WELCH